Women can do anything

In this blog, Almaz Negash, founder of the African Diaspora Network shares her thoughts on leadership and provides tips for supporting young women on their leadership journey. 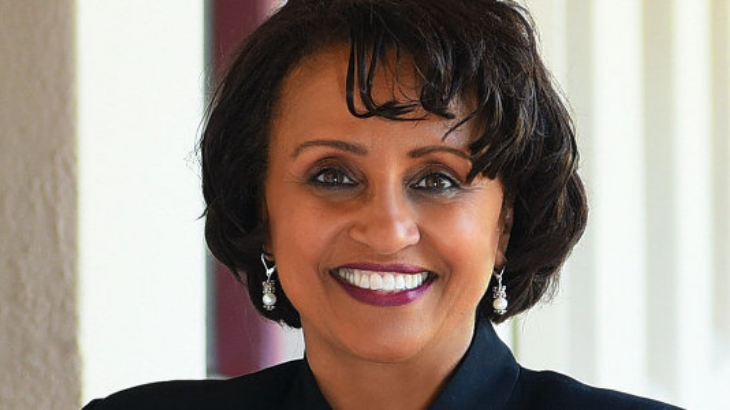 “I grew up knowing that women can do anything when given the opportunity. And, yes,  it’s true they can do anything,” says Almaz Negash, Founder of the African Diaspora Network.

The 2021 International Women’s Day theme of Women in Leadership: Achieving an equal future in a COVID-19 world naturally brings about the conversation of women in leadership positions across the world. In these  conversations it’s important we realise how different leadership may look in the various contexts and settings. We spoke to female education leaders to find out what leadership means to them.

For Almaz Nevash, leadership isn’t limited to being CEO or a company executive; leadership is rather nurtured in the home right from childhood. A woman’s family and her social background play a role in her interest in leadership. Having a nurturing family or strong support system could sometimes make all the difference in building a young woman’s confidence.

“Leadership is not something that someone gives you and when you fail someone has to say to you, look you have failed you can still try and keep going.”

Growing up as the 7th child out of 8 children, Almaz had the freedom to get away with anything (compared to her older sisters who had more responsibilities), which allowed her to somewhat evade the stereotypical notion of young women being meek. With her exposure to war as a young girl, she witnessed many young Eritrean women taking part in this fighting, propelling the belief that she could be anything she wanted if these women could fight side by side with men.

“I think that kind of really creating a sense of...if they [Eritrean women] can be guerilla fighters, I can be whatever I want.”

At the same time, provisions must also be made for the young women who may not have the strongest support system. For these such women, they would especially benefit from being equipped with leadership skills in school.

“At some point, society, family, circles pull you down and you don’t know how to get up. Where I think ESSA can come in is to really integrate leadership as part of education."

In trying to uplift and encourage women into leadership roles, sometimes rather than placing them on pedestals too high for them to reach with their limited resources, Almaz believes we must rather meet them where they are with what they have.

“I think it’s where they are, and can they do this with what they have. Then how do you slowly give them a push, to make them comfortable to jump at it."

A lot of the time, it may take someone on the outside to give us that push; someone to guide us on whichever path we’ve chosen. This is where mentorship is introduced. For Almaz, who has both mentors and mentees of her own, she considers mentoring critical, especially for young female leaders who may require some support in their space.