Webinar: Complementary pathways through education for refugees in the West and Central Africa region 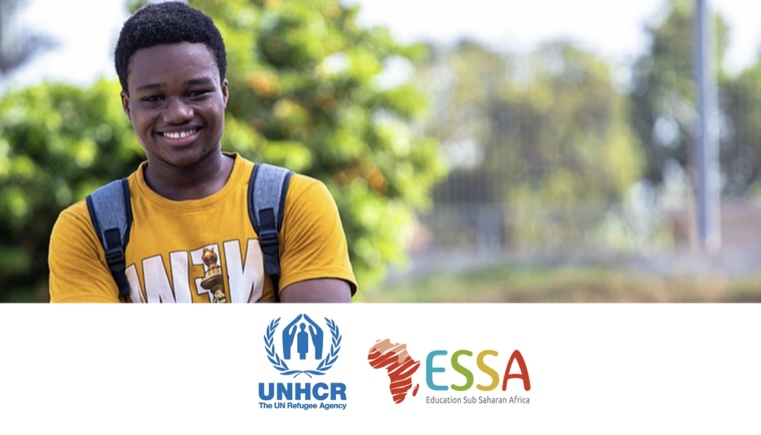 ESSA, UNHCR, and NORRAG co-organised a webinar on 15 February 2022 (14:00-15:30 CET) to discuss the report Complementary Pathways through Education for Refugees in the West and Central Africa Region, which mapped out refugee education pathways and access to higher education and training in 21 selected West and Central African countries. The event had interpretations in English and French.

Sustainable Development Goal 4 expresses the global ambition of ensuring inclusive, quality and equitable education for all, including marginalised groups, such as refugees. Refugees and Internally Displaced People (IDPs) are poorly represented in education data, especially in West and Central African (WCA) countries. Thus, little is known about refugees’ post-secondary education opportunities, the conditions surrounding their access to higher and further education, and the challenges young refugees face to exercise their right to education.

In 2020-2021, UNHCR expressed its aim of responding to the education needs of three million vulnerable children, including refugees and internally displaced persons (IDPs), living in areas such as conflict-affected countries in the Lake Chad Basin and the Sahel. Furthermore, UNHCR’s post-secondary education target for 2030 is to enrol 15% of college-eligible refugees in tertiary, technical and vocational education and training – from a current baseline of 1% in WCA.

Against this background, ESSA and UNHCR have systematically mapped out refugee education pathways in 21 selected WCA countries(1). The webinar will share the report findings and open up the discussion on ways to bolster educational pathways for refugees across the WCA region. We invite you to read the report on ESSA or UNHCR websites.

ESSA is a UK and Africa-based charity using evidence to improve education in sub-Saharan Africa.

NORRAG is an Associate Programme of the Graduate Institute of International and Development Studies (IHEID) and is supported by the Swiss Agency for Development and Cooperation (SDC) and the Open Society Foundations (OSF).