Theories of Teaching and COVID -19: Indigenous Knowledge Systems to the Rescue

In this paper, Fred Awaah (Lecturer at the University of Professional Studies in Ghana), analyses whether or not indigenous knowledge systems enhance teaching in Africa. 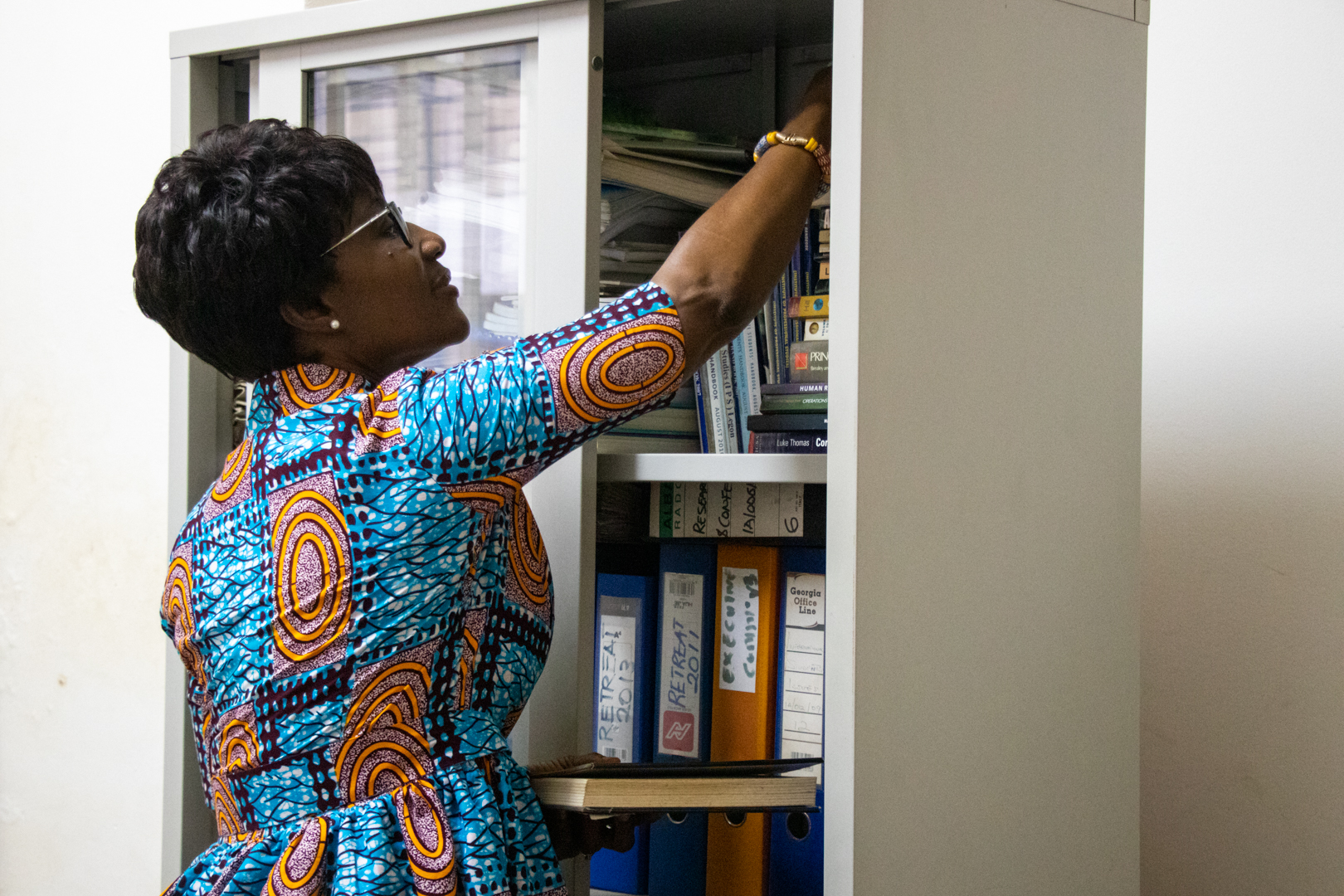 Research has been an important instrument in teaching and learning, however over the years, there has been low visibility on African education research by African researchers. The African Education Research Database, created by Education Sub Saharan Africa and the REAL Centre at the University of Cambridge, is helping bridge this gap by promoting African education research and raising the profile of African scholars.

Fred Awaah is one of the scholars we are promoting by featuring his research on our website. He writes this paper on one indigenous teaching theory of African origin (the Culturo-techno-Contextual Approach), highlighting some challenges and recommendations of the theory.

Research among indigenous people has not always been conducted following methodologies that recognise local languages, knowledge and cultural protocols. The recognition of Indigenous Knowledge Systems (IKS) and IKS research in South Africa and elsewhere in the world comes from calls for social justice, human rights and transformation (Khupe, 2017). The observation of Khupe (2017), finds meaning in Africa’s search for methodologies that reflect the continent's ambitions and aspirations to fulfill the African Union's Agenda 2063 which is expected to be pillared on homegrown strategies and resources.

Africa’s indigenous knowledge is rooted in its culture as reflective in its people, language, dance, food, amongst others. It however appears that Africa has over the years borrowed from knowledge systems alien to its culture in its bid to enhance teaching and learning; even within difficult times like the COVID-19 pandemic. This assertion is not new in literature. Ghana is gradually losing its cultural richness. The incursion of globalisation seems to have taken a toll on the mannerisms of most Ghanaians (Awaah, 2014). This trend questions the Ghanaian and by extension the African’s readiness at using its indigenous knowledge systems to enhance teaching and learning in a bid to help in the achievement of the Africa Union’s Agenda 2063.

This has required an investigation into whether or not indigenous knowledge systems in Africa are ripe for enhancing teaching within African environs? This paper reviews one indigenous teaching theory of African origin (the Culturo-techno-Contextual Approach).

Theoretical Leaning of the Study

The study is anchored on the Piaget Learning theory. According to Piaget, (1976), the theory has three pillars ;(i) the adaptation of an organism to its environment during its growth, together with the interactions and autoregulation which characterize the development of the “epigenetic system.” (Epigenesis in its embryologic sense is always determined both internally and externally; (ii) the adaptation of intelligence in the course of the construction of its own structures, which depends as much on progressive internal coordinations as on information acquired through experience; (iii) the establishment of cognitive or, more generally, epistemological relations, which consist neither of a simple copy of external objects nor of a mere unfolding of structures performed inside the subject, but rather involve a set of structures progressively constructed by continuous interaction between the subject and the external world.

This report is a desk study relying majorly on already published literature on the Culturo -Techno -Contextual Approach from books and articles. This is done with a complimentary analysis of the researcher’s express opinion as one who has investigated the theory and conducted a number of studies on it for the past two years.

The Culturo-Techno-Contextual Approach (CTCA) is an instructional theory propounded by Professor Peter Akinsola Okebukola of Nigeria’s Lagos State University. Its stated purpose is that teaching and learning should be based on students’ cultural background, utilising the available technology, and situating it in the locational context of both the student and teacher (Fredua-Kwarteng, 2020). The theory postulates that for students to understand a subject, three key elements are important: the students’ culture, technology, and the context in which learning takes place (Awaah, 2020).

According to Okebukola (2020), it is an approach (method) of teaching and learning science designed to break down many of the traditional barriers to the meaningful learning of science. Such barriers as fear of science due to its special language and mathematical orientation; deficit of facilities for teaching and learning; abstract nature of some of the concepts; and perception that science is only for the gifted are melted and broken down by CTCA. The approach is an amalgam, drawing on the power of three frameworks- (a) cultural context in which all learners are immersed; (b) technology-mediation to which teachers and learners are increasingly dependent; and (c) locational context which is a unique identity of every school and which plays a strong role in the examples and local case studies for science lessons. The theory has been used in other areas apart from science.

The context components of Okebukola’s theory finds meaning in the Piaget learning theory. Piaget posits that, an adaptation of an organism to its environment during its growth, together with the interactions and auto regulations which characterize the development of the “epigenetic system”. This is a reflection of the environment and context within which a person studies. Impliedly students will do better when they understand the context or environment; the basis on which he/she studies.

While a test of the approach has proven effective as reflective in its comparative efficacy with the traditional lecture methods (see Agbanimu, and Ajayi, 2020) there seem to be challenges that can be associated with its use in the African region majorly attributable to its technological pillar.

The CTCA, Technology and the Challenges

Since a key pillar of the theory is technology, a key challenge that may impede the proper implementation of the theory especially within the Africa region would be inadequate internet support devices such as computers, laptops, mobile phones and other handheld devices necessary for the technological bit of the theory.

A second challenge likely to be encountered by the theory is erratic power supply especially within the African region since electricity is a major tool necessary for the operability of the technological bit of the theory.

Low internet and its lack thereof in some places in Africa (especially rural) will impede the operability of the theory.

Meandering through the Challenges

The theory has been proven to be effective in the teaching of students as evidenced by different studies (see ctca.com). It is perhaps the most effective theory with an African origin that emphasise technology as a key instrument for enhancing students' understanding of concepts in the classroom. This brings to the fore the need to delve into further research that will enhance its efficacy especially since most researchers are already adopting it as a key tool for teaching and learning within the African region( see Agbanimu 2020, and Ajayi, 2020 ). In line with these successes, the following suggestions are proffered to further enhance the efficacy of the theory which proposes to be the new light in the area of pedagogy with an African origin;

Students should channel their energies from using their handled devices from browsing sites that are not productive to using the same to support learning as prescribed by the theory. Students who do not have handheld devices (minority), should be made to understanding its “mandatoriness” for schools adopting the CTA as a pedagogical model for teaching and learning.

Further, since it has been proven effective as evidenced by many studies, schools and students should ensure alternative power sources are available to support teaching and learning using the theory. The adoption of generators as popular in Nigeria can be a strategy to overcome the erratic power supply that may threaten the success of the implementation of the theory.

Schools and students should also adopt multiple sources of internet supply to overcome the challenge of low or unstable internet services. This can be done by subscribing to different communication service providers. This will enable alternating internet services when the need arises.

This desk study critiqued the Culturo Techno Contextual Approach in a bid to strengthen the technological components of the theory. The study found the theory effective especially in teaching and learning within the African region. Measures to enhance the technological bit include alternate internet sources and power supply.

The theory seems to have been largely researched and also applied in the African region. There is a need for further investigation of the theory from the perspectives of other regions (Asia, Europe and America). This will establish points of similarities and departures for synchronisation.