My week that was: A week in the life of ESSA chair. 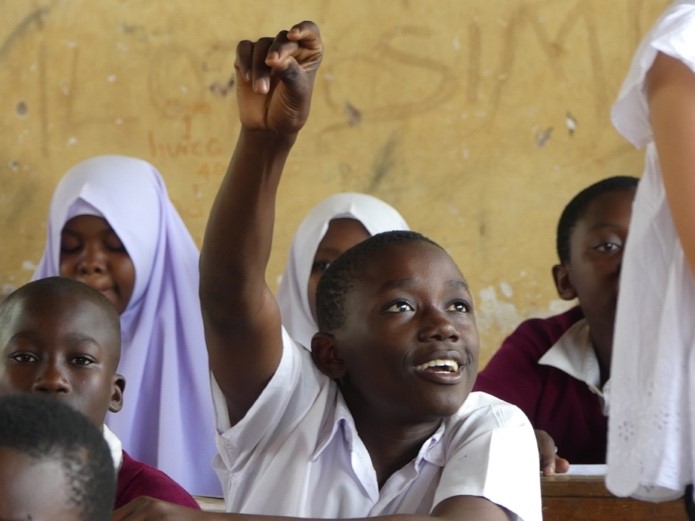 My focus last week was on Warwick in Africa (WIA) which was really the spark for the creation of ESSA in the first place. To learn more about the connection see. “From Sick bag to take off”.

Essentially Warwick in Africa teaches children in slums and rural areas and trains their teachers. The trip to South Africa and Tanzania was quite moving as we passed the point for WIA where over 500,000 children have now benifitted from our work. Not bad for a £30k start up in 2006. Any guesses for our next target!

It was a busy week as you will see with over 4,000 miles travelled around Africa (excluding getting there!) 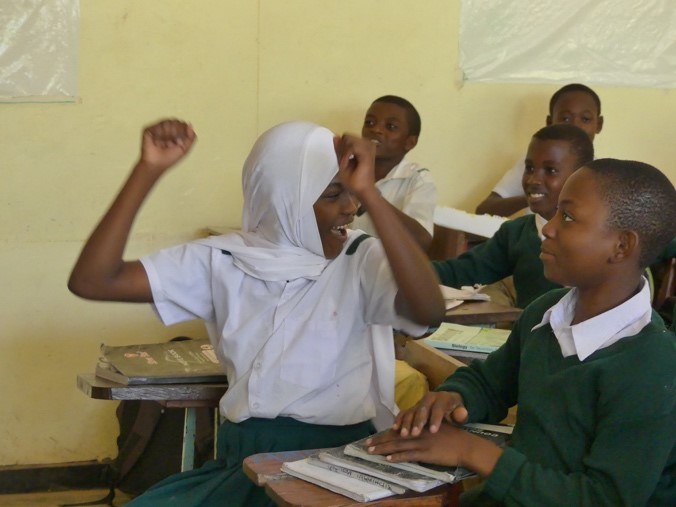 Before setting off for Dar es Salaam I was reflecting on a few days in Joburg moving from an environment of fabulous wealth at The Africa Philanthropy Forum (APF) to the abject squalor and horror of Alexandra township just ten minutes away. (Read Trevor Noah’s autobio to get a sense of the place).

As many African philanthropists move from first stage giving and trying things out, to focusing more and more on developing their models and creating sustainable impact APF was fascinating professionally. There were also some very useful links for ESSA. The personal highlight had to be spending time alone in the late great Nelson Mandela’s office and taking in the aura. Madiba made a massive difference to the world, as well as SA, and he did it with extraordinary humility and humour. Was also lucky to meet Graca Machel, his widow who is a force of nature in her own right.

Alex township continues to be the most challenging place that WIA works in due to the horrific violence and broad range of other social issues from drugs, rape, teenage pregnancy, aids and so on. It would be very easy to say 'it’s just too difficult' and we have had some challenges again this year, but over the 13 years we have been there we continue to find fantastic young people and teachers and helped them to thrive, so we will persist.

It was also a big week for ESSA with the UN approaching us to ask if they could include our recently launched African Education Research Database in their HDX Human data platform.  Cool recognition for a two-year old charity but more importantly even more people will have access to African researchers work.

Macbook and I then had a busy flight, following up people met during the week and writing an outline for an ESSA publication on the massive faculty shortage coming at Africa’s universities.

Brilliant end to the day in Dar es Salaam being met by my son Rory and his girlfriend Carolyn, then off to a nice dinner with WIA Dar volunteers. R&C had just arrived from London to join me for the next fortnight. Rory’s an old hand  having first been on a Warwick in Africa trip when he was 14, 8 years ago but it’s Carolyn’s first trip. 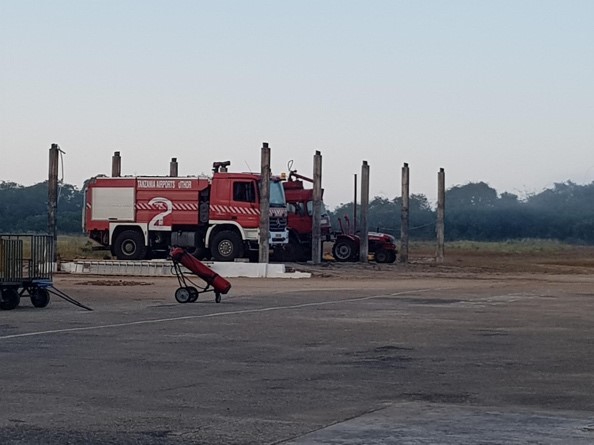 Up at 3.30am in order to get the 6.15am Dar to Mtwara flight (better than the 7-hour hairy drive trust me) even if, as you can see, Mtwara airport is not exactly at the forefront of emergency service practice!

Wonderful day in the WIA schools in a town that is changing dramatically due to the discovery of a gas field bigger than the North Sea off the coast. When we first started here about five years ago there was only one maths teacher between two secondary schools of 2,000 children. Now there are 6 more and investment in facilities at one of the schools has improved enormously. Over the years three of the teachers here have won the competition to come to Warwick for a fortnight and then gone back and made big change. Inspiring to catch up with them and hear about what they have achieved.

The volunteers are having a huge impact in the schools teaching the children and training the teachers. As you can see from photo they’re also inspiring the girls to love maths. Incredibly, for a bit of relaxation between a long day at school and dinner, they decided to train the staff at the wonderful Old Boma hotel in English and Maths. OB is a social enterprise. Emmanuel who runs it would make a great EY Foundation Accelerate candidate if we ever decide to start up in Mtwara!

After a humbling walk around Mikandani village we ended the day with a dinner with volunteers, local teachers and a group of Monkeys! The OB staff excelled by all enthusiastically practicing their new phrases on us. Happily, yes indeed the ice at OB is made from bottled water! 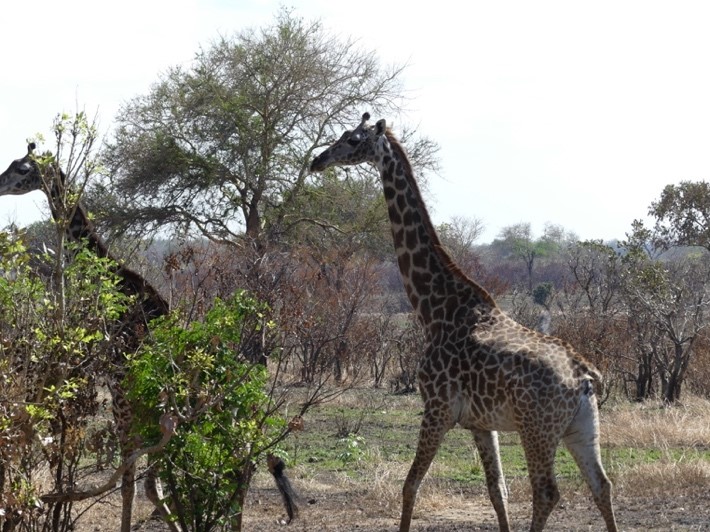 Lie in this morning to 5.30am then back to Dar again on the 7.45am flight with our hand-written boarding cards so that we can get to Kilombero (8-hour drive) before dusk (not safe in dark due to big animals on roads, see above!). Speaking of animals, the drive involves a 50km section of the Mizumi National Park and almost to order the Elephants, Giraffes, Impalas, Zebras and Warthogs popped out to wave us in our way.

Day ended with WIA Kilombero students sharing experiences. Kilombero is achingly beautiful and the home of a 25,000 hectar sugar plantation owned by our local partner Kilombero Sugar (which is owned by ABF). We teach the plantation workers children and train their teachers. 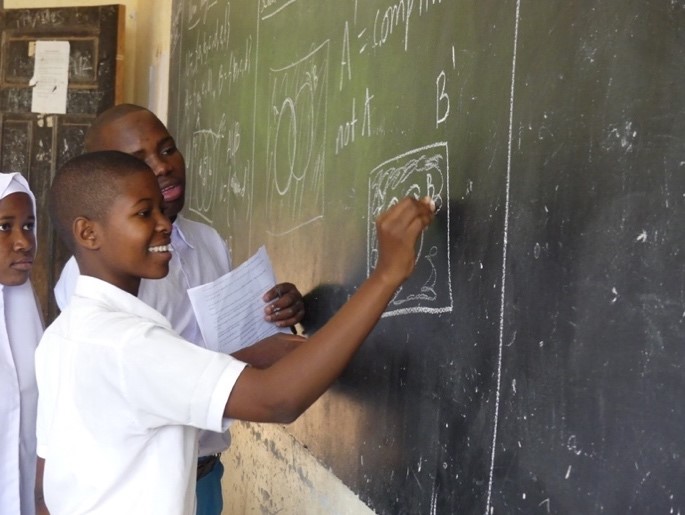 It’s a National Holiday in Tanzania so a day of chilling, walking around the plantation and getting ideas from the volunteers how to achieve even greater impact next year. We’re also working on how to do something about the high level and excessive nature of corporal punishment. 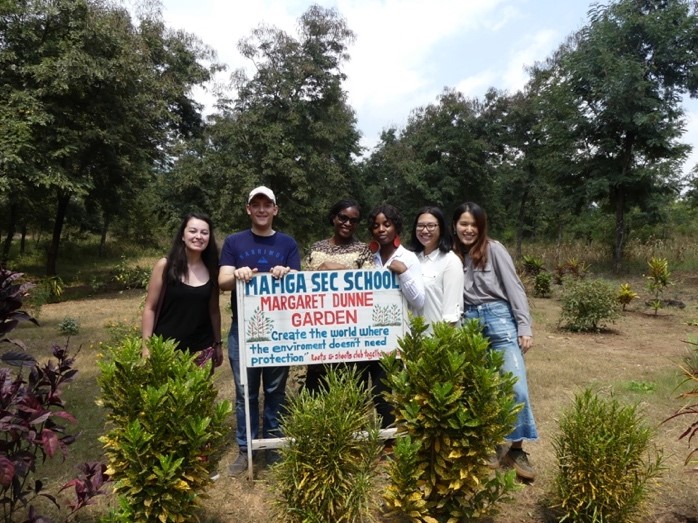 Early start again to get to the Kilombero schools for 7am. Another inspiring morning seeing what can be done with virtually no resources other than human talent and energy.

At what feels like lunchtime (9am) back on the beautiful drive through the National Park to get to the Morogoro School which we make just in time for a big lunchtime songathon!

Our visit to Mafiga school, Morogoro is always a highlight and it is fantastic to see how the wonderful Magdalena has inspired her colleagues to transform the place over the last 5 years. Another moving moment visiting the garden named after my mother (who at 82 still teaches kids how to grow fruit and veg at my primary school in Liverpool).  We started the garden at Mafiga two years ago for the children to grow veg and plants and sell them to the local community to support the school. Some budding accelerators!

Dinner with volunteers at the famous Red Chilli. Volunteers have been here for five weeks now and  very excited as they will be meeting up with their colleagues from Kilombero, Mtwara and Dar tomorrow afternoon to head to Zanzibar for the weekend. Anyone know which legendary pop singer hails from Zanzi? 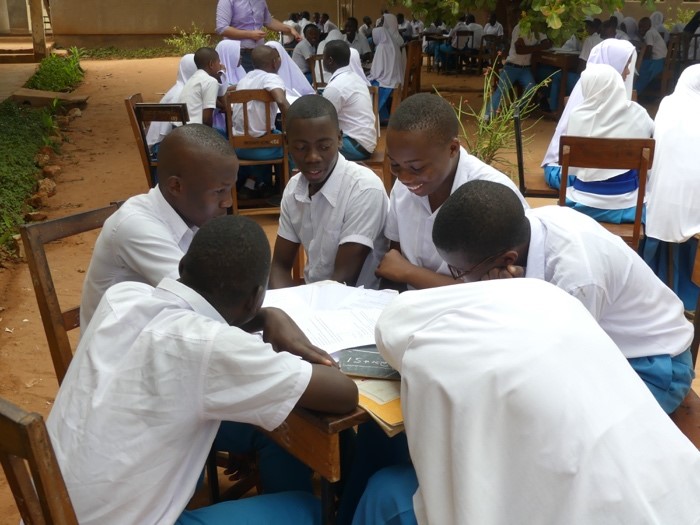 Drive back to Dar to meet the first female Head of Physics at the University of Dar es Salaam, Najat Mohammed. We chat about the possibility of collaborating with UDES in schools nearby. Najat also thinks the issues ESSA is highlighting in Ghana around faculty shortages are just as relevant here. Another incredible woman making a difference. Squeeze in a very expensive conference call with SAP who are helping (pro-bono) ESSA scope our knowledge hub before enjoying the African Buffet at the hotel with R&C. 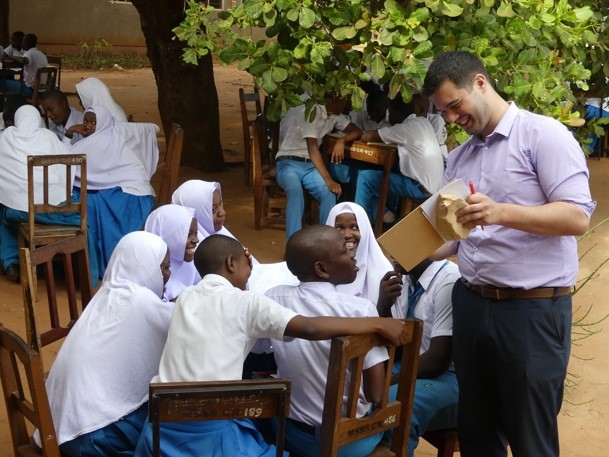 Flight back to Joburg and getting ready for a hectic week ahead visiting Joburg slum schools, heading up to Limpopo by the Zim border (interesting place at the moment!) where class sizes are over 100 and paying a visit to our new school location in Mpumlanga. We have a weekend in Kruger national park and then head to the Cape for the final leg in Kayamandi township and fundraising meetings in Capetown.

That was my week that was.