We can be politicians too: Mary the Kenyan leader

In this blog, Mary Ojwang, founding member of the Women Students Mentorship Association (WOSWA), shares her experience as a woman in leadership at the University of Nairobi, Kenya. 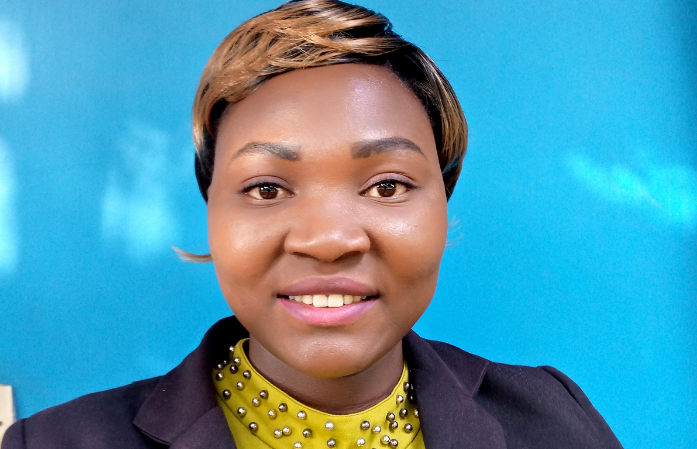 Growing up, I had an interest in politics and an understanding of the challenges young women like myself face in the political space.

“My leadership journey at the University of Nairobi started in 2015 at the first year I was elected to the Congress.”

During my studies at the University of Nairobi, I decided to explore my interests in politics. I had heard young women politicians were often subjected to all forms of harassment, bullying, and name-calling. I knew it was not going to be an easy journey for me, but I was determined to change the status quo. In my first year, I was elected as the Congress Representative for the University of Nairobi, a major step closer to my political ambitions.

“Once elected as the president (WOSWA) I learnt the challenges. I could now clearly understand why there were fewer women into student politics in 2015.”

Working in this student leadership position helped me better understand why a few women in the university ventured into the political space despite the gender policies instituted by the university to support women. When I became a member of Congress, I realized that we needed more young women in politics, and this could be achieved through the support of women organizations.

I joined the Women Students Welfare Association that championed the rights and wellbeing of female students at the University of Nairobi. I engaged with various young women, encouraging them to aspire for leadership positions in politics to be part of decision-making processes.

“Most young women had agreed to join the student leadership because of my initiatives.”

Having conversations about leadership on campus, showing women the types of campaigns to run, and how they can juggle through and win an election.

My team had identified that bullying was a major barrier preventing women from contesting in university elections. In view of this, we had a conversation with university management to discuss ways of promoting women in leadership positions. As an outcome of the engagements, students who engaged in all forms of bullying or harassment faced disciplinary actions.

“I was lucky enough to be mentored by Akili Dada, this was grounding for me.”

Organizations should work together to provide mentorship to young women which is essential to our growth. I was mentored by a leader. I was taken through a number of leadership skills and several mentorships about the core of emotional intelligence, how to handle yourself, as well as moral values, and how to set your goals. As I progressed, I moved from being an Akili Dada mentee to becoming a mentor in the university and beyond. I had so many girls under my mentorship who came to learn and understand how they can learn from their institutions. Most of these ladies are now elected women leaders in their respective universities/ institutions.

My team at WOWSA also organised programmes where young women in STEM visit secondary schools to mentor and encourage secondary school girls to consider STEM courses at the universities. Sharing stories of personal leadership experiences and providing mentorship are important in encouraging more women to take up leadership roles.

“By having a young woman into leadership positions encourages more young women to come and take up leadership roles.”

In the 2017 Kenya elections, I contested for the position of women member of the national assembly and although I did not come out as a winner, I was the youngest contestant in 2017 and by that most young women in learning, institutions have learnt something from me, not having a degree or being a student is not a limitation for you to not join national politics.

“We still need more initiatives as well as having young women who can speak up and share their experience of being into political leaderships spaces.”

There is still a lot to do in educating women that we are equally capable as men and can easily attain leadership roles. We will continue to work to expand our association to many universities and colleges in Kenya to support women.