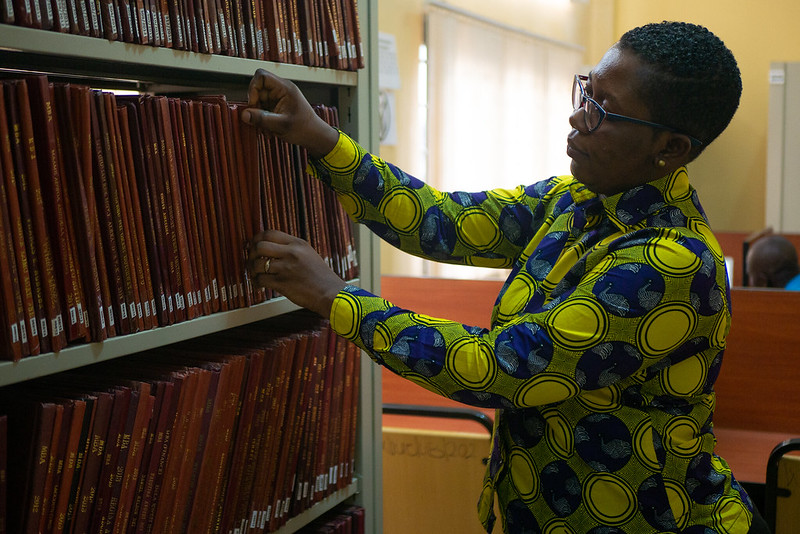 Academics and staff in universities across Africa face challenges finding the right numbers of quality staff.

A consequence of this situation is that many African academics and managers in education end up crossing continents for less fulfilling roles. A lost opportunity when they could make a considerable contribution to solving faculty or staff shortages in their own region, as well as potentially achieve higher fulfilment closer to home.

We wanted to change this frustrating situation and to boost considerably the visibility and accessibility both of jobs and of candidates. As a result, we have created a pan-African on-line academic jobs board, in partnership with leading academic jobs site Jobs.ac.uk and the Association of African Universities.

The site will  help both potential candidates and Africa’s universities and colleges to find what they are looking for, driving the growth and success of the sector.

AAU is one of the key players in higher Education in Africa. With almost 400 members its mission is to enhance the quality and relevance of higher education in Africa and to strengthen its contribution to Africa’s development.

From its headquarters in Ghana the AAU serves as a platform for African Universities to co-operate on research and to reflect and consult on issues pertaining to Higher Education. It possesses a unique capacity to convene and communicate with institutional leaders and policy makers from all parts of Africa.

AAU formed a partnership with ESSA in 2017, and we have been working together on a range of projects, most notably the “Demographics of Faculty” and the creation of a “Pan African Academic Jobs Board”.  AAU also gave ESSA a prominent role at its 2017 50th Anniversary conference in Accra, expanding ESSA’s network and reputation at an early stage in its development.

“ESSA is a great partner for the AAU, and I particularly appreciate their fresh thinking, dynamic approach and highly collaborative way of working. ‘Joining up’ is really part of their DNA!”

The University of Warwick

The University of Warwick has been an important partner for ESSA, even before it was founded.  The catalyst to create ESSA was the experience of its founder, Warwick alumnus Patrick Dunne, in founding and growing another charity with Warwick, Warwick in Africa (WIA).  Since 2006 WIA has benefitted over 465,000 young Africans in deprived and rural areas with transformed Maths and English teaching.  Warwick also provided support and encouragement in the early proof of concept research for ESSA.

Since ESSA’s formation Warwick has been directly involved in three key projects:

‘Two of Warwick’s most defining attributes as a University are its International outlook and its commitment to social inclusion.  Our own Warwick in Africa programme has supported maths education in range of schools across the African continent, and it is fantastic to see how that work, and the energy and enthusiasm of Warwick’s alumni and staff, have helped contribute to, inspire and even power the transformational practice of ESSA.’

The University of Warwick